Strive to seize every opportunity to grow oneself.

Strive to seize every opportunity to grow oneself.

When I just entered the Department of Marketing, I set myself a goal：to do my best to live a splendid life.

The first report of the freshman admission requires us to give the most elegant interpretation of "beauty". "Learning by doing" is the necessary process for every freshman to break through and become a marketer.

In this report, I volunteered to be the team leader, and from that moment on, "actively trying" became my established learning model for the four years of university. I took the initiative to sign up for the "General Calling Team" to organize the event for the larger tea ceremony event. It was the first time I experienced the busy day and night, but I was having fun in it abnormally, and I got a full sense of accomplishment after the event.

While doing my busy schoolwork in middle school, I also participated in the Public Relations Department of the Department of Marketing. I organized grass music festivals, love bazaars, and 7-series joint room escape activities with my classmates and senior sisters, although I was just a small part of the activities. Screw, however, is also absorbing the methods and attitudes that should be used to organize activities in every discussion, decision-making, execution, and review. For me, although the time spent in the public relations department is not long, the process of training each time has become a nutrient for the future.

At the beginning of the sophomore year, the highlight of the marketing department was launched: the "Film Festival", a marketing ceremony as important as the Golden Horse Awards.

In this one-semester report, the team members and I ran around for planning and filming. It was also the first time I realized how many meetings, discussions, running-in, and communication are needed for a planning book of only dozens of pages. It can only be completed later; the short three-minute movie requires the discussion of the plot, the preparation of the script, and the shooting of the equipment on the road. Each picture needs delicate corrections, etc., to achieve satisfaction with the team members. consensus. Fortunately, we won second place in the Best Project Award at the film festival. 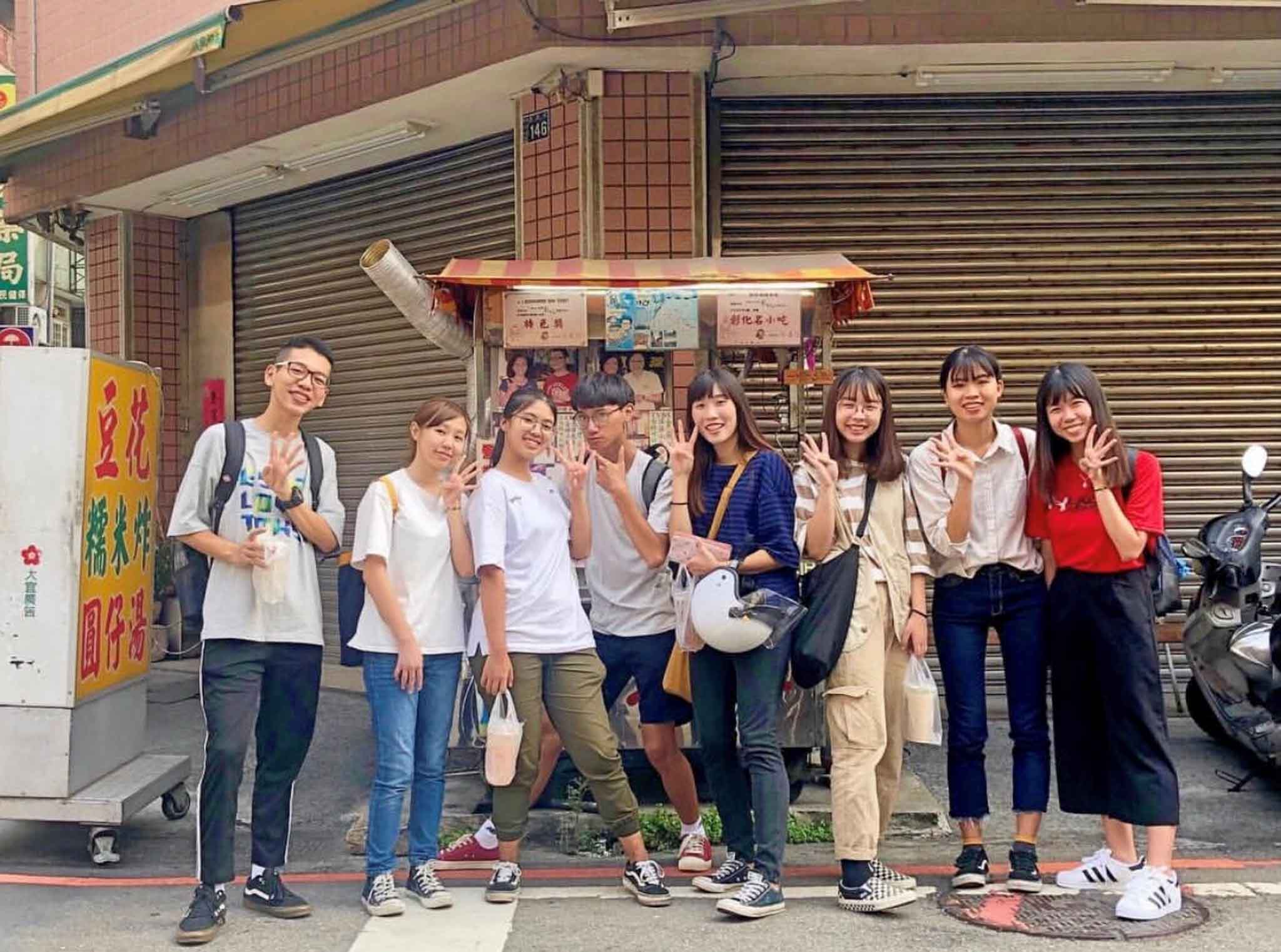 Run around with the team members for planning and filming.

The sophomore year was definitely the busiest year of my college career. In addition to the departmental work, I also took over the duties of the volunteer team leader of the Counseling Center and the general call of the department’s "soup seat" activities. Although my life is busy, But it can be said to be extremely "fulfilling." 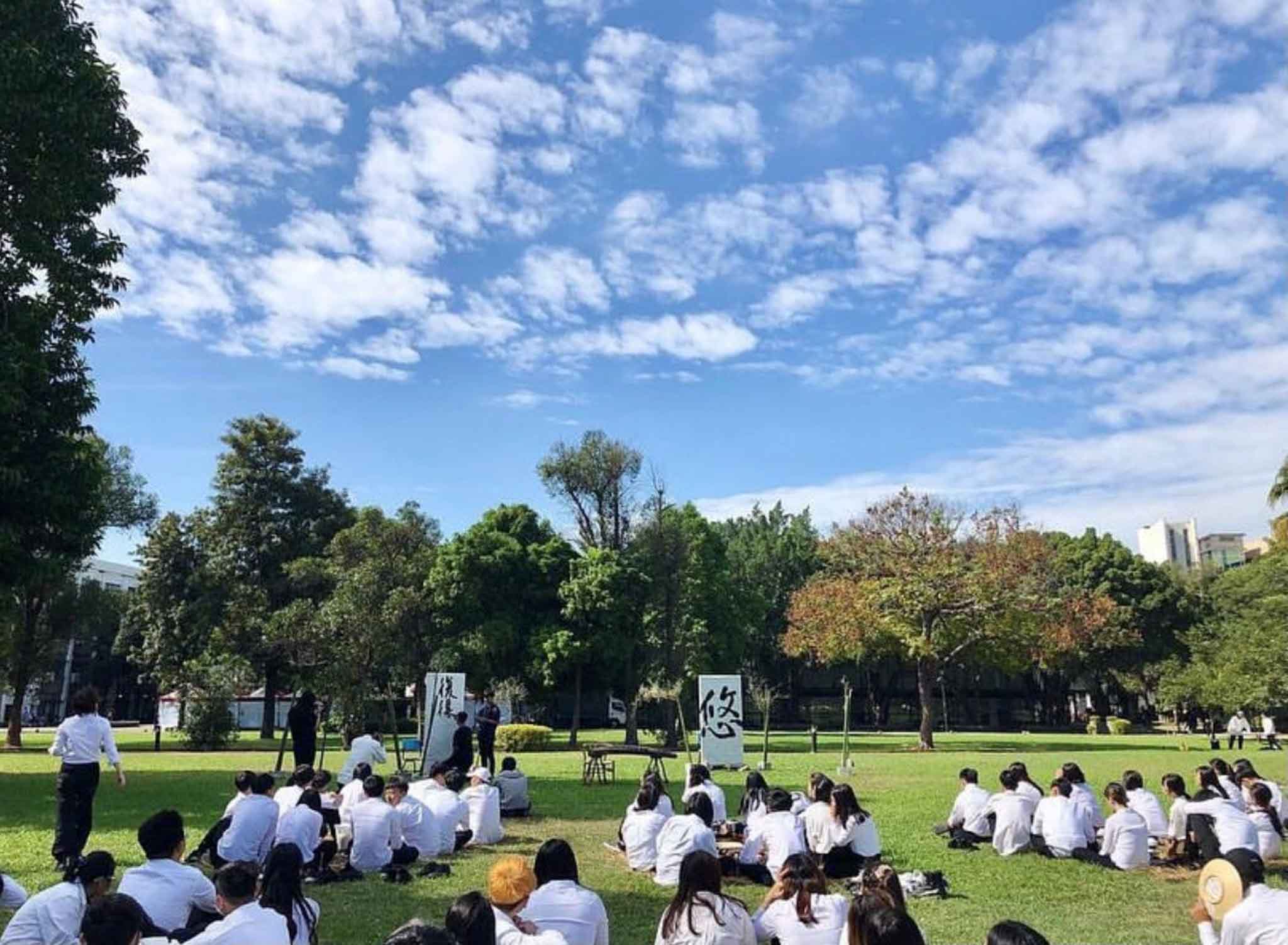 Serving as the general caller

I’m very impressed by fashion studies.” I was fortunate to be able to work with my "teammates". Every day I held various meetings, large and small, and solved the difficulties of models, venues, costumes, makeup, and fabrics. . Although the results on the day of the performance show were not satisfactory, they were satisfied because of the hard work in the process and the praise from the students. 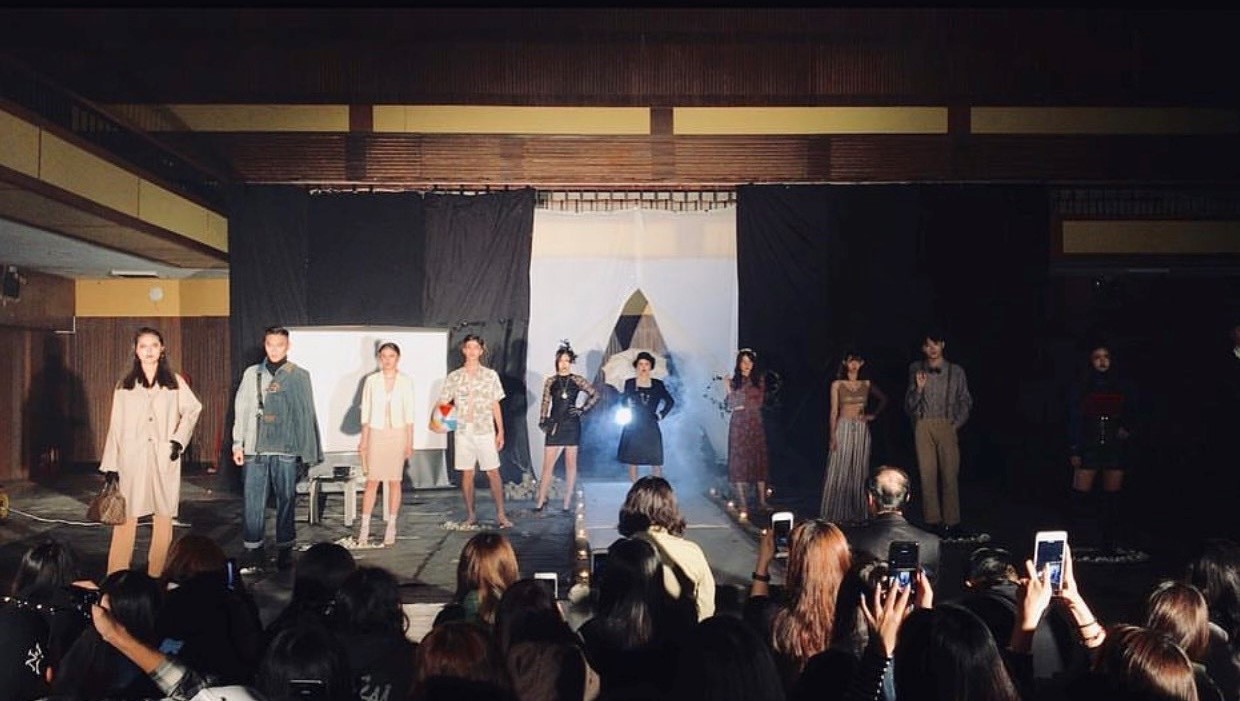 The junior year was the most important turning point in my university life. After two years of preparation, I successfully went to Shanghai Tongji University for a one-semester exchange.

During the 135 days of exchange, took courses with more than 12 credits, completed 9 trips, filmed 18 documentary films about the exchange of life; practiced facing the oncoming difficulties, and practiced balancing tourism and schoolwork. Enjoy the beauty that greets you when you travel, and do your best to learn.

What impressed me most was a course called "TV Camera and Guide" in the school class. I was lucky to be selected by the teacher as the general caller of the course film festival. I managed a final film festival that gathered three classes and filmed a film about the life of an exchange student.

All the first time is a good beginning

During the trip, I also traveled with a group of friends to the Northwest, Xi'an, Anhui, Beijing, Hangzhou, Hunan, Hubei, and other places on a self-service trip. During the process, I experienced too many firsts: the first time I took 15 trips in one breath. Hours of the hard seat, the first time I saw the desert and snow in a day, and it took three days to capture a mountain for the first time. Too many good memories have happened continuously in the past six months. 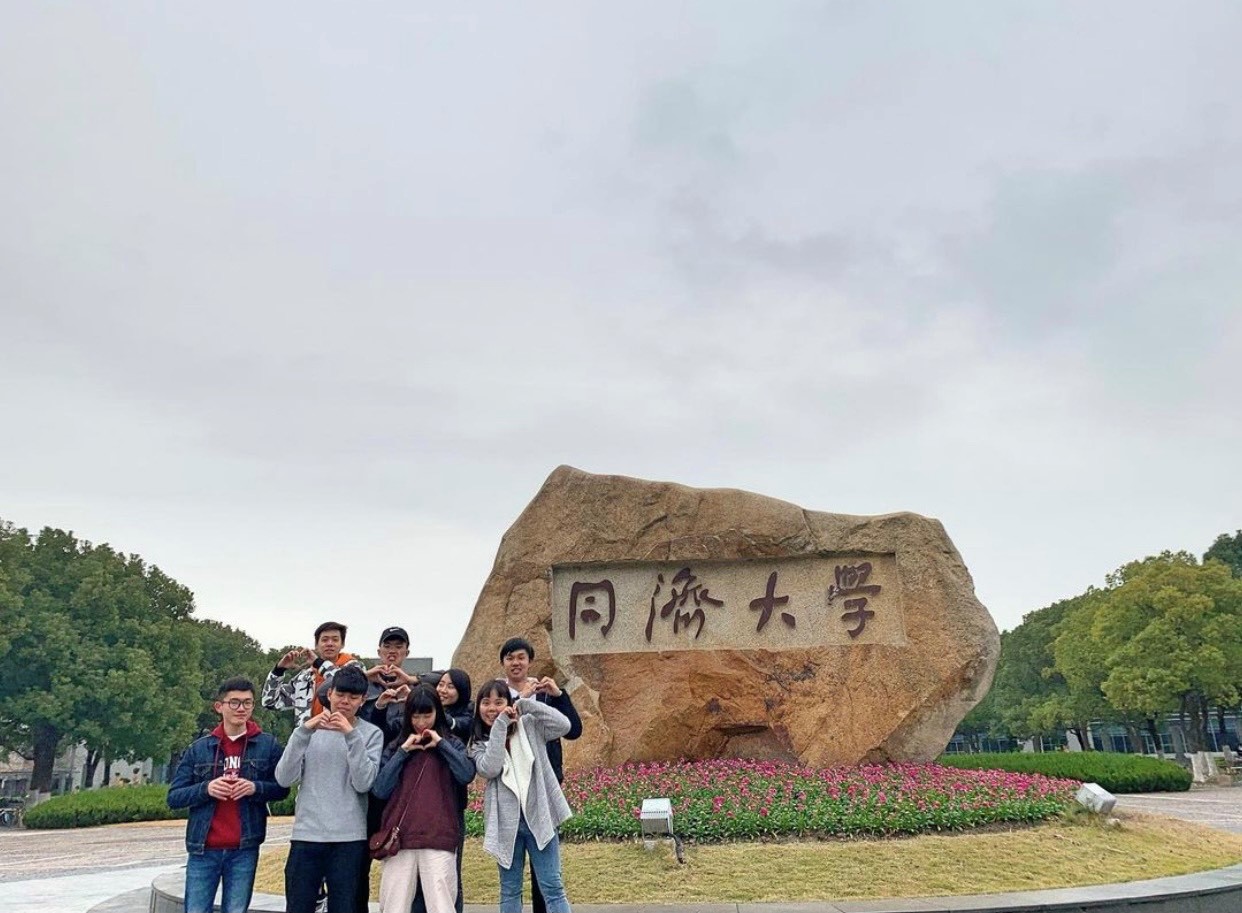 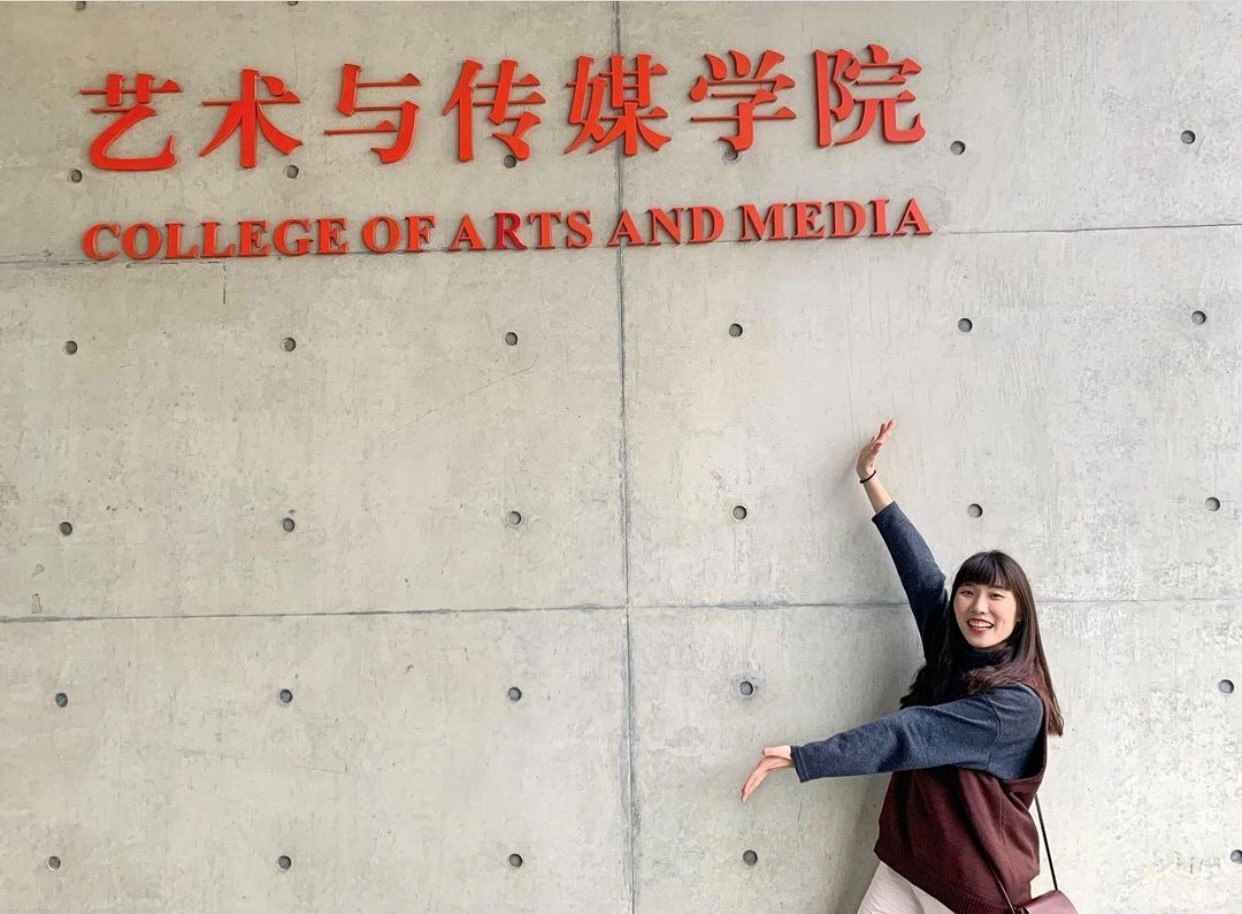 After returning to Taiwan, I was lucky enough to enter the "Story Factory", a field that I have never touched: In this short period of more than two months, I tried my best to face all responsibilities and rack my brains All props, wholeheartedly absorb and experience this hard-won opportunity. From reading books, moving positions, series of lectures, rehearsals, rehearsals, technical rehearsals, press conferences to the premiere, although only one of the small members of the team, I was lucky to be able to participate in it, and I also finished following the new theater After the play "The Distance Between Us and Evil Referendum Theatrical Version", I was full of unspeakable touch. 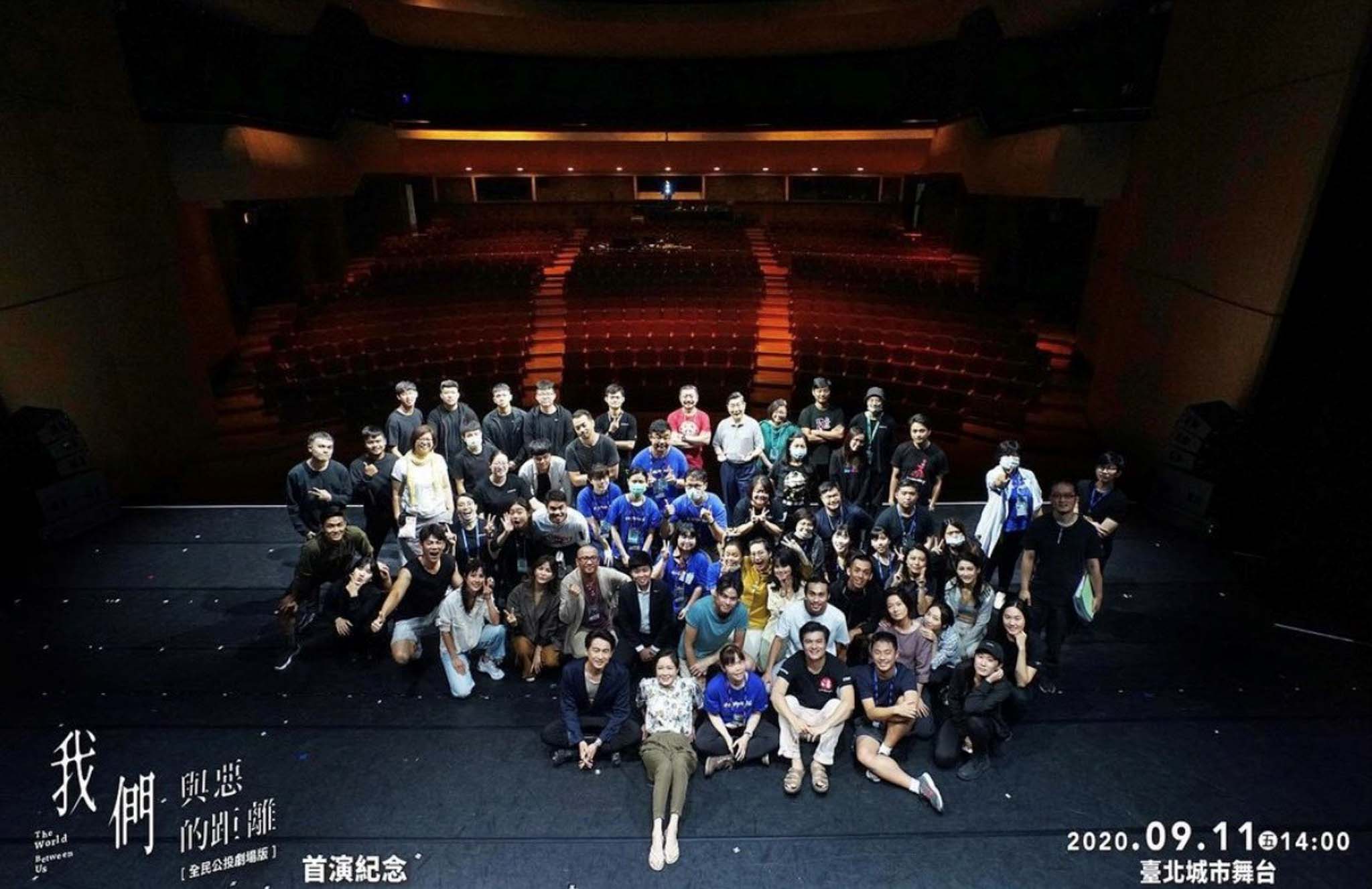 Practical topics in line with society

Coming to the senior year, the graduation project of the department gave us an opportunity to truly connect with the company and participate in the project.

I am not only the team leader but also a communication bridge between the team members and the company "Youchun Teahouse". Throughout the semester, we have gone through various meetings, communication, implementation, reports, and the final exhibition arrangement and presentation. Although there are occasional unexpected difficulties, it is also the best opportunity to hone ourselves.

All reports in the marketing department for the past four years have also come to an end in this topic. For me, what we have done during this period is a record of every stage of life. The effort we put into it will definitely give back to us in different ways when we don't expect it. At the same time as the graduation project, I also prepared for the graduate exam for half a year. Fortunately, I succeeded in taking the Institute of Mass Communication at Taiwan Normal University, preparing to explore new fields. 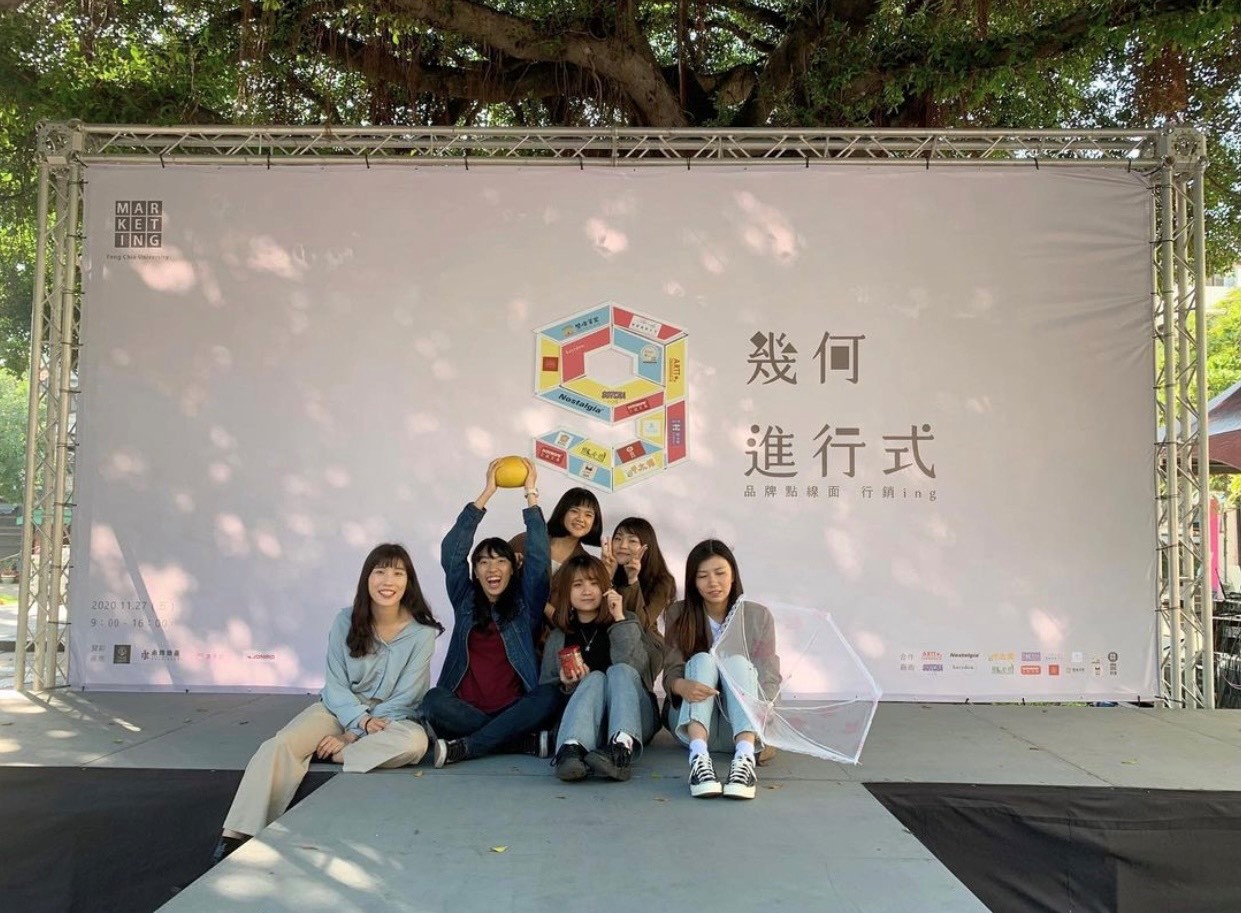 Thank you, Feng Chia. Thank you, Department of Marketing.Thanks, myself.

Putting on my red graduation gown and looking back over the past four years, I am still very grateful for my willingness to fulfill the goal set during my freshman year: to live a splendid life with my best.

For me, if I did not study the Department of Marketing, I would not have explored so many possibilities for myself because of the encouragement of my teachers and classmates. The Department of Marketing is a stage that supports students’ self-creation, and the teacher’s concept of "beauty in freshman year, details in the second year, concentration in the third year, and modest in the fourth year" is also invisible to us. In the minds of classmates.

Four years of university is an excellent opportunity for yourself to transform and grow again. How much energy, time, and effort you are willing to spend to enrich yourself, these results will definitely be invisible to you in an uninterrupted way. 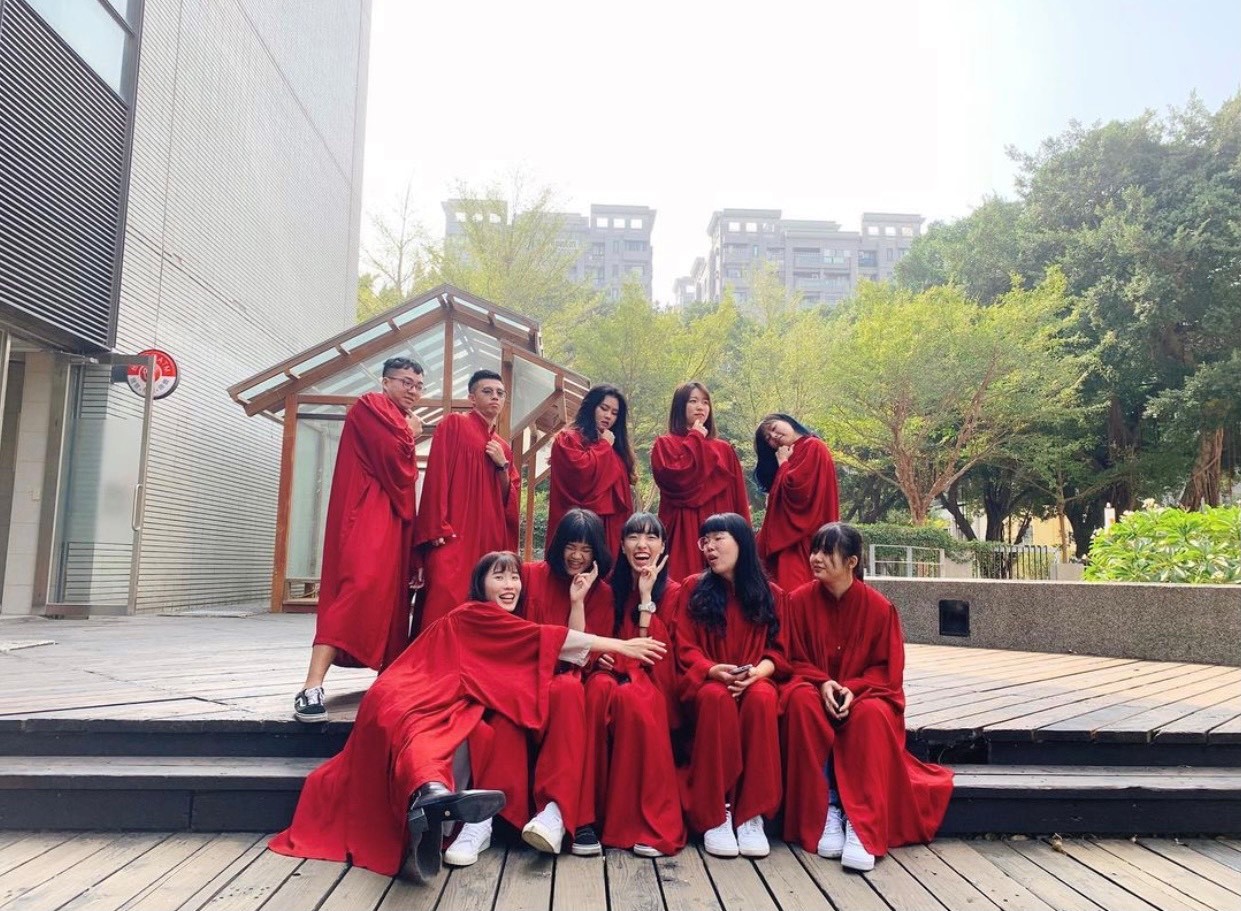 2017 was a turning point that I decided to continue my education overseas. I took the Pre-Major Program for International Students (PMP) and then continued to study International Business Administration (BIBA) at Feng Chia University. I improved my Chinese a lot in the PMP program. However, BIBA is the place where I can cultivate my talents. To cut a long story short, I represented Feng Chia University for CDIO Academy in Denmark, won the English Presentation & Film Contest, and became an English tutor. This semester, I am a Statistics & Calculus TA. The quote I like the most is," A dream doesn't become reality through magic, it takes sweat, determination, and hard work". BIBA gives me not only knowledge but also life experiences as a grown-up man.

In addition to the required courses in the department, the General Studies Center has a lot of resources to go abroad. The freshman participation in a sharing session with senior sisters stimulated my motivation to apply and allowed me to successfully obtain an international experience. Missionary volunteer travel in Southeast Asia to Cambodia Served as a kindergarten Chinese teaching teacher.

Learn to share, the feedback you get will be beyond imagination.

I don’t think there will be another university that allows me to go abroad for free twice during my university period, and one of them will include food, drink, housing, and petty cash! After four years of university, through the resources provided by Fengjia, I twice went to Calgary, Canada for academic exchanges, Beijing University of Aeronautics and Astronautics exchanges, went abroad to participate in the competition through the course of study and served as a staff of Huaxin Airlines.