Prof. Hou Lead the Anti-epidemic Volunteer Drivers to Carry Out the Warm Escort

Prof. Hou Lead the Anti-epidemic Volunteer Drivers to Carry Out the Warm Escort

The local epidemic in Taiwan was like a bomb exploding, shocking the government by surprise, and the people were full of panic and fear. Prof. Hou voluntarily initiated the "New Taipei Anti-epidemic Low Light Project" on May 22. The Taiwan Taxi Academy Association organized an epidemic prevention team. Take on the arduous task of escorting the confirmed cases. Then commission the Chinese Christian Relief Association to recruit volunteers to assist in the cleaning and disinfection of people, vehicles, and bases. These silent, unsung heroes take the most positive actions to protect Taiwan and protect you and me. 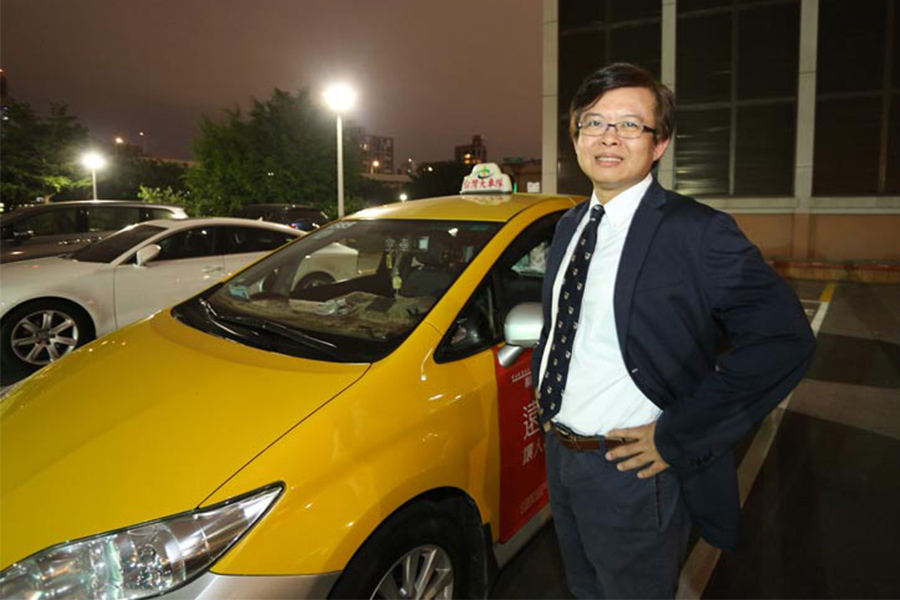 Prof. Hou Lead the Anti-epidemic Volunteer Drivers to Carry Out the Warm Escort.

Prof. Hou combined taxis and rehabilitation buses to feed and deliver meals to the elderly in rural areas and pioneered a shared service model of medical transportation for rural tribes in Taiwan. At the same time, the successful experience was also transplanted to New Taipei City and assisted in the establishment of the "New Taipei City Mayor's Transport Service Platform", which won the first prize of the University Social Responsibility Award in 2021. Shuangbei was the hardest hit area in this outbreak. Prof. Hou did not hesitate to set up an epidemic prevention team. With the Taiwan Taxi Academy Association as a platform, directly through the line group, the New Taipei City Health Bureau and the team worked closely to pick up the confirmed patients who needed services. This group of anti-epidemic convoys has taxis and long-term vehicles. The main task is not only to send people who have been released from quarantine home, another group of people is responsible for waiting in front of the rapid screening stations of major hospitals. Once the people are tested positive quickly and there is no transportation, they can Take the anti-epidemic vehicle back home directly and wait for the PCR test to be released. Another special task is to escort the family members who are also in quarantine to see their relatives for the last time when the confirmed person is evacuated to the south-central region. The anti-epidemic team must be fully armed and wearing isolation equipment when performing tasks every day. The vehicle will take off for six hours without complaining. This is not only a job but also a mission. 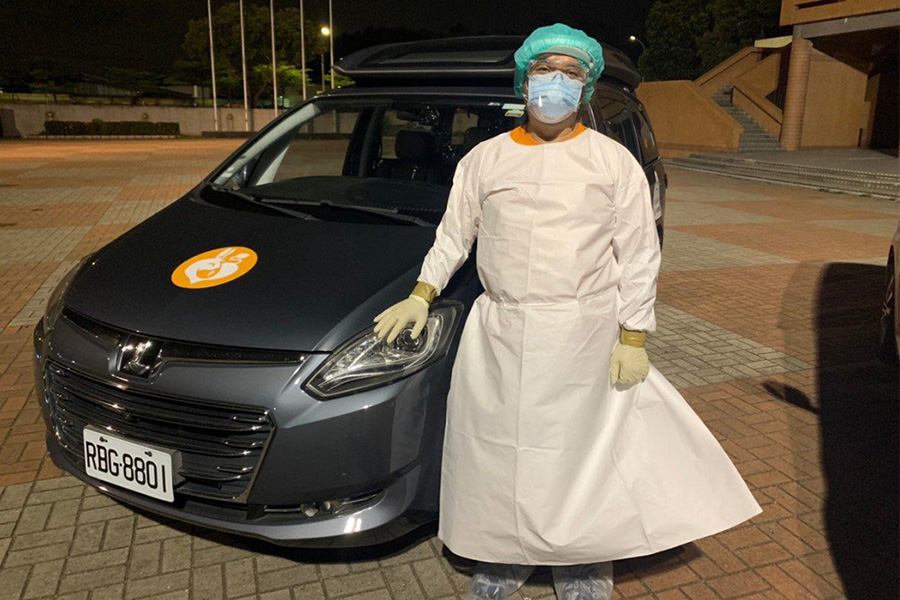 As the epidemic heats up, The long-term transportation special car of New Taipei County is called up in a special vehicle to carry out the task of picking up and picking up quarantined people. The transport will become a volunteer army against the epidemic. 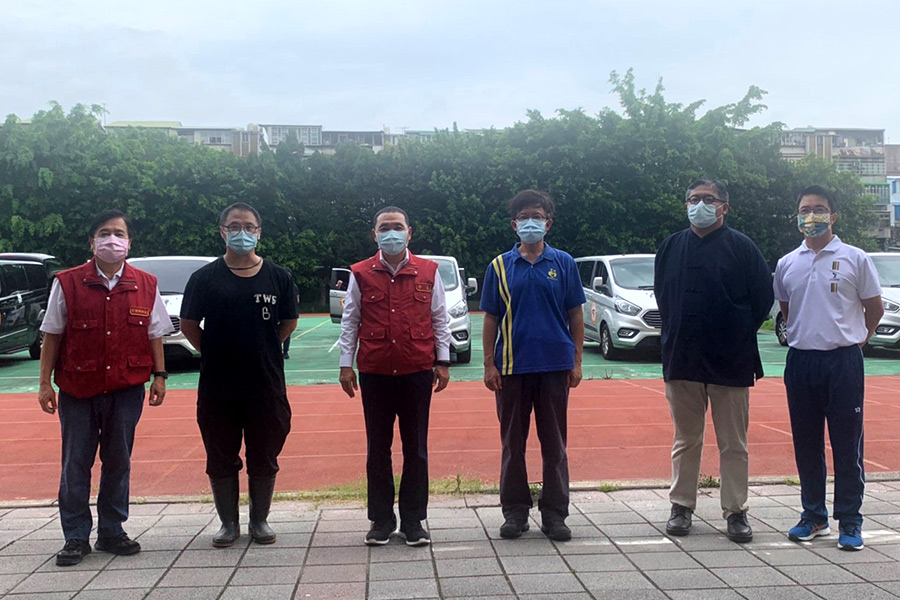 The Mayor of New Taipei County Hou Youyi (3rd from the left) specially went to the base to cheer on Prof. Hou (3rd from the right) and the hard-working epidemic prevention team. 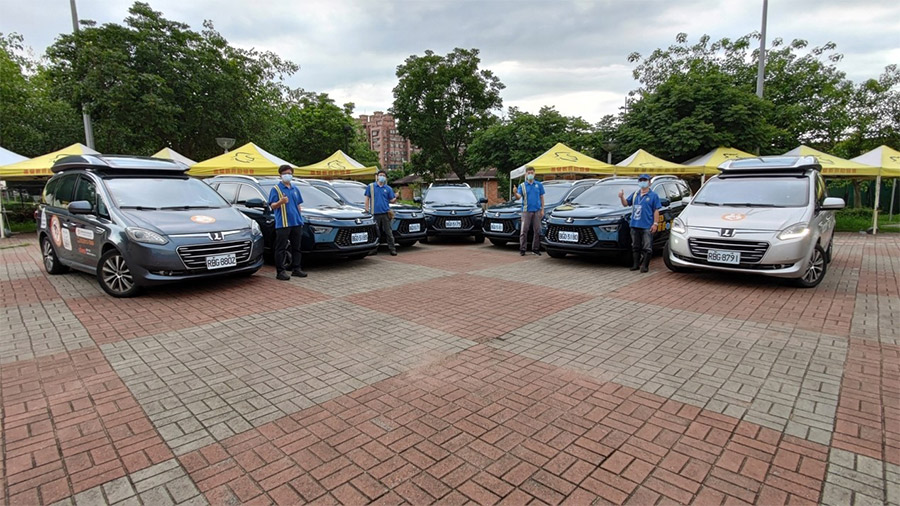 The long-term transportation special car performed the connection task, and sent the people home in the special car in the form of 2 people and 1 car for seven days of home isolation.

The anti-epidemic team must ensure their personal safety when performing this dangerous and hard task. After many benevolent people donated money to the association, the association also made the first wave of donations, including protective clothing, sprayers, lights, and showers. Equipment and so on are in place. Relying on trained volunteers to clean up the vehicles and bases every day, 50 vehicles on the scene attended twice a day, disinfected three times a day, and disinfected 150 times a day, all with the help of volunteers, and became the strongest backup for the epidemic prevention team. 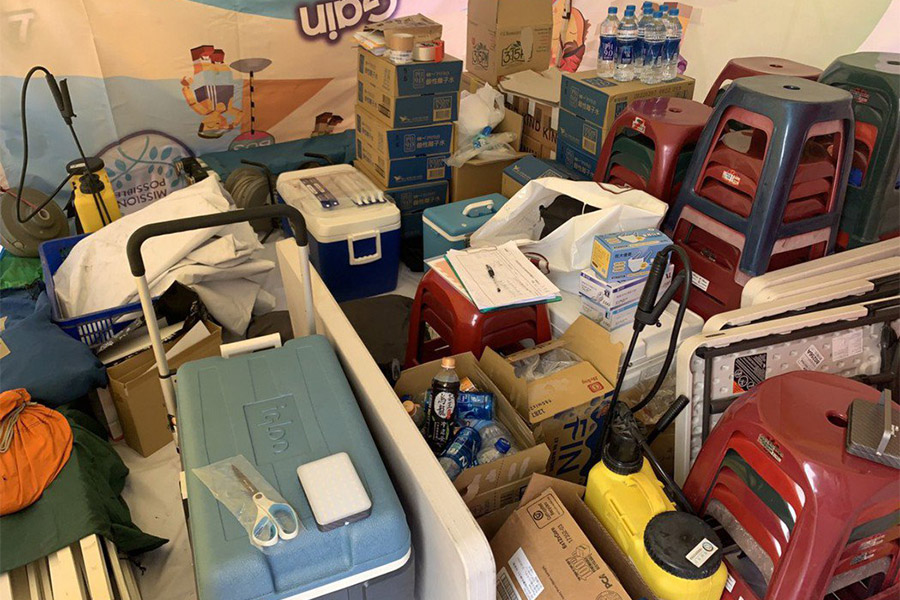 The private sector voluntarily makes up for the lack of government administrative efficiency, which is worthy of reference for epidemic prevention in counties and cities.

It has been one year since the implementation of the new syllabus. In order to encourage students to share the results of the course, the Education Bureau of Taichung City has organized four "Excellent Learning Taichung"  Expos. The second event in the district was held at Feng Chia University on May 7. Eight professors from our school were invited to serve as judging committees, who gave comments and feedback to students on their achievements, and selected outstanding works to participate in the Taichung City Expo.

Profile of Christy Liang, a gifted teacher in the Department of Electronic Engineering

In the student group, no matter from the delicate appearance or the youthful and energetic body language, if you don't know what to say, you will think that Prof. Christy Liang is a young student on the Feng Chia campus, and there is no sense of disobedience; no one knows that Prof. Liang is already paying for electricity She has been teaching in the Department of Electronics of the college for nearly three years and has produced 7 to 8 papers a year. She is a young scholar with full combat capability.