The latest survey results of "Foresight" "2020 Taiwan's Best Universities Rankings" are released. On June 30, the top 30 of the four major sub-lists of comprehensive, grammar, business, technical and private schools will be announced, and an award ceremony will be held at the same time. The top five model universities in the four major points.

Feng Chia University ranks third in the private school category, and is the only non-medical university among the top five, breaking the "medical hegemony"; it is also the eighth in the comprehensive category, dominating the central public and private universities, and "internationalization" is facing second. Only behind National Taiwan University. 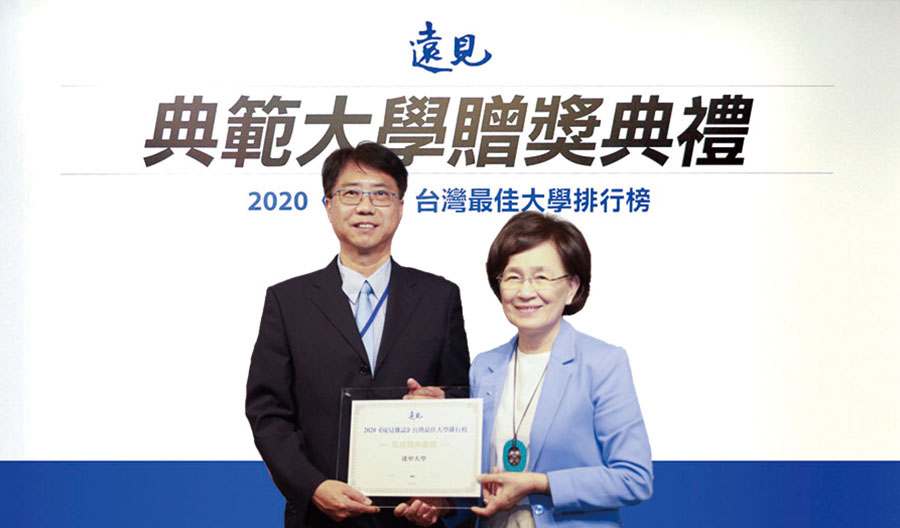 Since 2016, "Foresight" has been surveying and publishing the ranking of Taiwan's best universities every year, with the purpose of allowing universities to understand their competitive position. This year, we will further expand the announcement of the top 30 of the four major sub-lists, and slightly adjust the content and proportion of the evaluation indicators, except for maintaining the "social impact", "academic achievement", "teaching performance", "internationalization level", "promotion and industry-university income", and " The six major aspects of "Financial Fitness" have been added to the "United Nations Sustainable Development Goals (SDGs Contributions)" ranking. Together with the "Number of Subsidies for University Social Responsibility Practice Programs" promoted by the Ministry of Education, it emphasizes that universities should also be Pay attention to the results of service and teaching.

In this evaluation, the school’s teaching performance has greatly improved, which is mainly attributed to the dedication of innovative teaching, the establishment of an innovation college to promote the establishment of the school’s AI and cloud computing application education and the establishment of an innovative academic system. Students will graduate and can possess more than two types of interdisciplinary expertise. In addition, the school has made remarkable achievements in international cooperation in running schools. After adding a double bachelor's degree program in engineering at San Jose State University in California, the school has cooperated with up to 5 double bachelor's degree programs internationally, and its international ranking has risen from 9th last year. Ranked second, second only to National Taiwan University.

President Li Bingqian went north to attend the award ceremony in person on the same day, and said when he received the award that the other four private universities that received the award at the same time are all medical universities. Feng Chia University does not have a medical school or hospital; there is no religious or consortium support. It is to adhere to the value of taking students as the core, teaching as the emphasis, and the strategy of "Different but better". The competition for higher education in Taiwan is fierce. In this "Foresight" model university selection, Feng Chia University was able to stand out, ranking first among private schools in the comprehensive university category, ranking third in the private school category for breaking medical hegemony, and first in central China. He sincerely thanked the school board and all the faculty and students for their hard work, and he also hoped that everyone would go to the next level and contribute more to Taiwan's higher education. 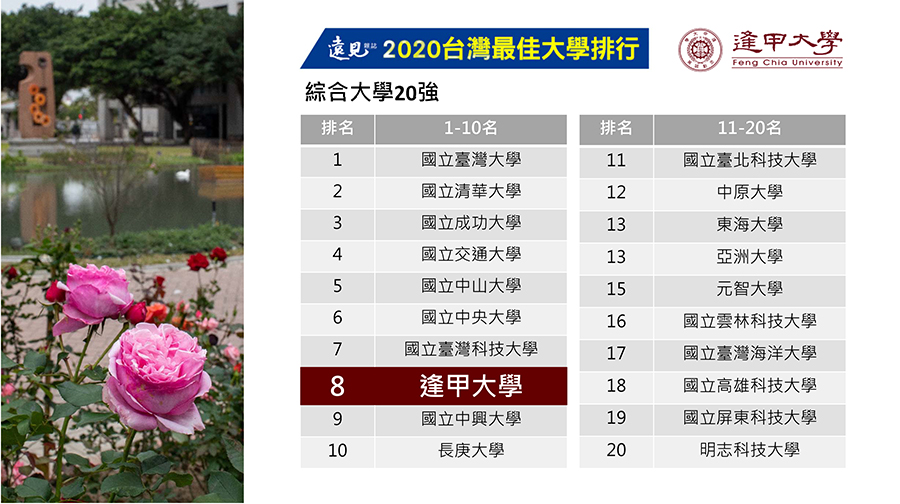 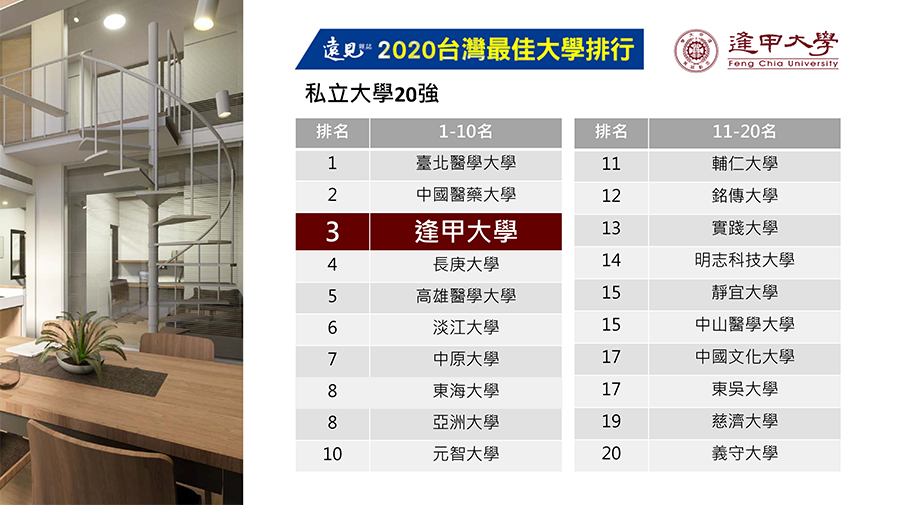 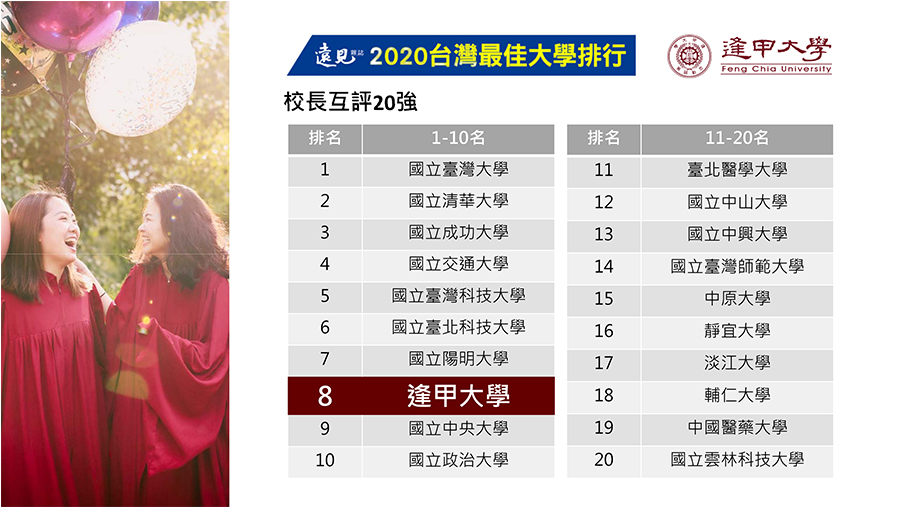 Actively participated in the event, the Department of Urban Planning and Spatial Information was awarded the Certificate of Appreciation.

The Macronix Golden Silicon Awards, known as the Oscar Award of the Taiwan Institute of Electronics and Electrical Engineering, is the nation's largest, oldest, and highest-paying student competition in the semiconductor field. The results of the online finals were announced on August 31. The automatic control department 2 teams of Feng Chia University's application group all achieved good results. Among them, the "Smart Stroke Upper Limb Rehabilitation Mechanical Arm" guided by Prof. Zhang and Prof. Xu won the gold medal, and the "Personal Handheld Automatic Acupoint Stimulation System" guided by Prof. Lin won the Bronze Award and the Novice Award. A total of 255 outstanding teams have signed up for the Golden Silicon Awards this year. Feng Chia University can stand out from many competing teams across the country, and its scientific research strength is impressive.